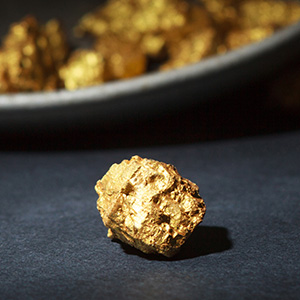 The second gold rush may just be getting started, with a Citigroup report released today predicting that the yellow metal will cross the $2,000 an ounce mark within the next year or two.

Citigroup senior analyst Aakash Doshi tells JCK that the rise will be fueled by a combination of factors, including global economic uncertainty and historically low interest rates.

“We think there is a probability the Fed will take the policy rate back down to zero, as global central banks converge,” he says. “We think that recession risks, which are exacerbated by the U.S.-China trade war, are far from resolving. We believe that trade tensions will persist through 2020 and that the recession risks will likely increase.”

All of which will cause investors to look for safe haven assets, he says, and gold has traditionally filled that niche.

The environment is “bullish to the investor case for gold in the long run,” he adds, noting he’s been bullish on the metal since January.

He adds that central banks have also increased their gold purchases since the beginning of the year.

Doshi says certain events could send the price of the yellow metal in the opposite direction, including a “surprise trade deal,” a sudden increase in worldwide manufacturing, as well as a “sudden hawkish turn” from the Federal Reserve and other central banks.

All in all, though, gold has had an impressive year so far, rising 17%—its best year since 2010. Doshi notes that at the beginning of the year he predicted gold would hit $1,400 within six months—and it has. He expects gold to stay under the $1,500 mark for the next few weeks before starting to climb again.